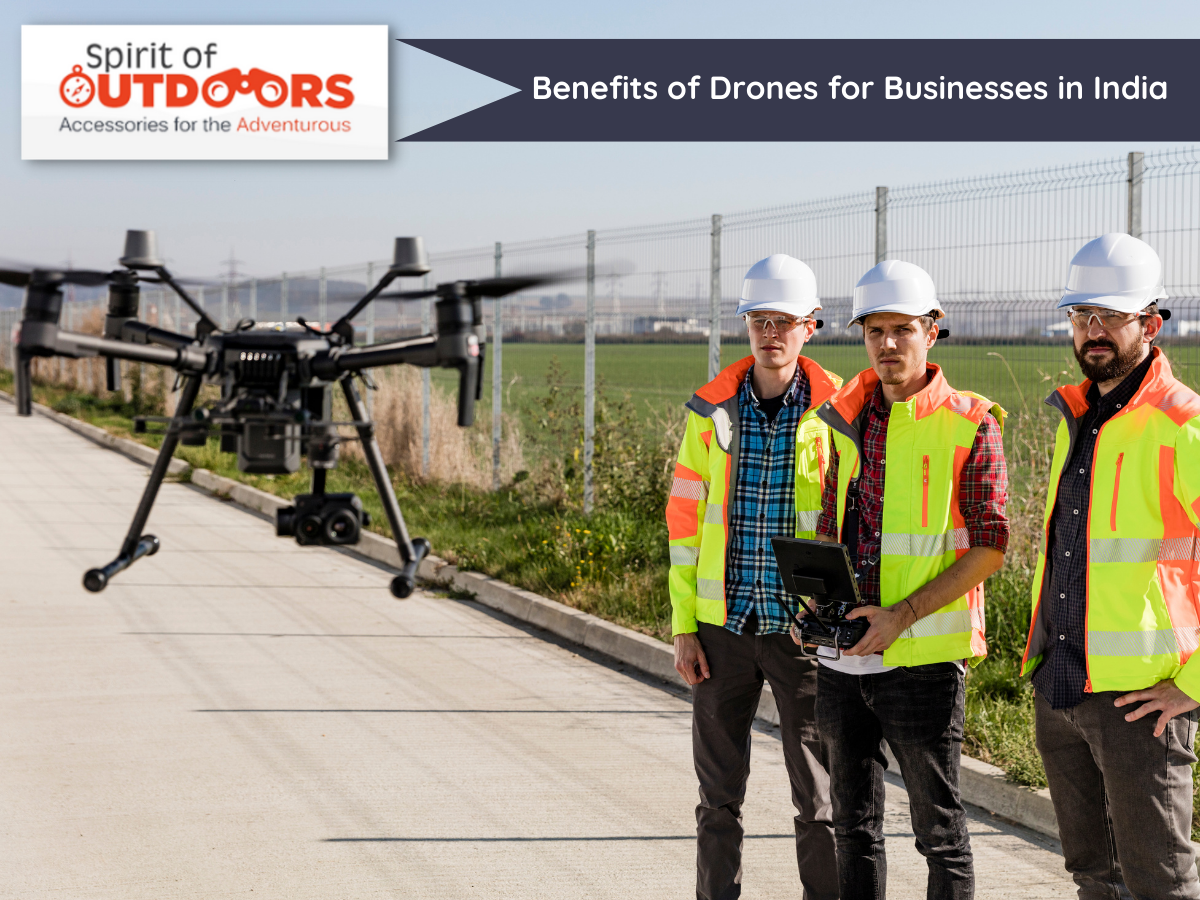 As a rising economy, India has taken to the skies. The country is home to some of the most advanced technology in the world, and it’s evident from how quickly drones have transformed from a hobby into an industry here. But what exactly are drones used for? The answer: everything! From anti-poaching programs to monitoring illegal mining activities, here’s how India is benefiting from this relatively new gadgety tool—and why it’s good for businesses of all types.

The drone is used as an anti-poaching tool

In India, drone technology has been used to keep an eye on illegal mining activities in the state of Jharkhand, as well as other states like Chhattisgarh and Madhya Pradesh. In fact, it’s so successful that drones have even been deployed at remote locations such as Odisha.

Drones are a great way to collect data on the various crops that have been grown in a particular field. They can tell you what kind of soil it is, if there are any problems with irrigation or pollution levels, how much fertilizer was used and how much yield was achieved. The drone will also collect data on weather conditions such as rainfall and temperature changes as well as other factors like crop types and cultivation strategies.

Drones are being used for the betterment of farmers in India’s rural areas.

Drones are being used for the betterment of farmers in India’s rural areas.

Drones are being used to monitor crops and help farmers with irrigation, crop insurance, crop yield, production and disease control. The images captured by drones can be used by governments or companies to predict weather patterns or track changes in soil erosion rates so that they can take corrective measures earlier than usual. There are also applications like surveillance which allows government officials to keep an eye on any illegal activity happening within their jurisdiction using drones equipped with cameras that see all around them at once!

Drones used for the construction industry

Drones are being used for a variety of purposes in the construction industry, including inspecting buildings and bridges. They’re also used to inspect building materials and equipment, as well as on-site safety and security practices.

In fact, drones are great at inspecting entire construction sites because they can take high-resolution photos of everything from the ground up—and they don’t require human inspectors! In addition to being able to zoom in close enough for detail work (which is essential when looking at architecture), drones can also fly above obstacles such as trees or buildings so you don’t miss anything important about your project’s design or layout.

Drones are not only a viable alternative but also a cost-effective one.

Drones are not only a viable alternative but also a cost-effective one.

Drones are not only a viable alternative but also a cost-effective one. They can be used to monitor your property, collect data and even deliver packages. Drones can also help you solve problems that may arise during construction projects or agricultural work as well as help farmers improve crop yields by collecting information about soil health on the ground level.

There are five ways drones can benefit India:

The drone is an efficient and cost-effective tool for India’s businesses. Adventures Club India. It can be used in many ways to benefit the country as well as its people. The drone offers a new perspective on communication and has been proven to be an effective tool for businesses such as construction companies who want to monitor work sites or farmers who want to produce crops without using pesticides or fertilizers which are expensive and damaging to the environment.

Top 10 Must Have Vehicle Accessories for Adventure Tour

What are the Top 10 Camping Equipment in India?